This week in second grade we are having our own Wonderopolis inspired Camp What-A-Wonder.  The first day was spent creating crafts.  Below I will detail what activities were planned for the second and third day. 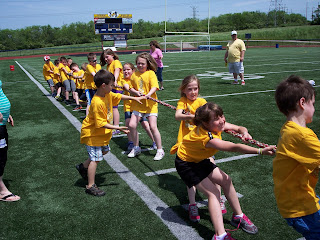 Day two of Camp What-A-Wonder was our annual field day.  Before heading out to the high school stadium, we visited several Wonders to get us in the spirit. 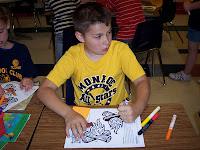 We used the campfire template from last summer's Camp What-A-Wonder to create our own campfires for Campfire Cooking Day.

We learned about how to create art using food before creating our very own.  We made ants on a log, which the class named rants on a log.  The students cut the celery using plastic knives and created their own snack. 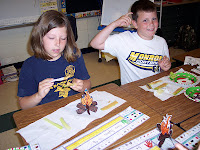 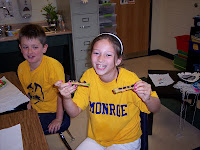 We enjoyed learning about who the first ice cream man was before their own.  Making ice cream in bag was a great, easy treat that didn't require any cooking.  We ended up doing the ice cream on Friday, because we ran out of time on the third day.  There are many fun and easy recipes for homemade ice cream on line.  We used a recipe that called for half and half, vanilla and sugar. 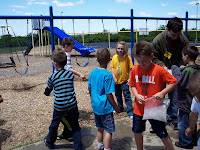 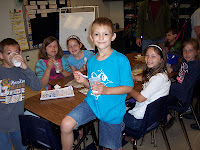 After learning about the invention of play dough, we made something similar called "cloud dough".  All of the recipes for homemade play dough involved some sort of hot water or cooking, so I found a recipe for "cloud dough".  It wasn't exactly play dough, but nobody seemed to mind.  If I do this again next year, I will make this outside.  It made quite the mess. 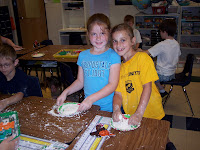 In 1798, a French emperor named Napoleon Bonaparte invaded Egypt with grand dreams of conquering the world. Napoleon had a great appreciation for ...